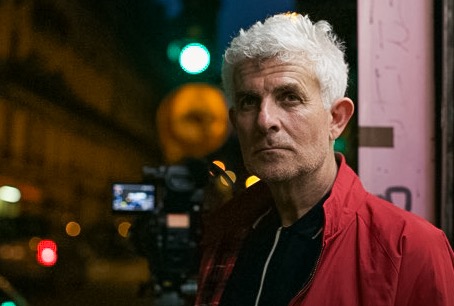 I’m a British, Paris based Cameraman, working internationally in the broadcast and corporate worlds for over 30 years.

I work for many of the worlds major TV broadcasters, either directly or through production companies, many based in the UK and US.

At the same time, in recent years I have acquired a number of corporate clients from around the world, many of whom are considered household names.

My main broadcast client over the years has been the BBC and I’ve had the opportunity to work on the following shows:

The Culture Show, Panorama, Hard Talk, Storyville, This World, The One Show, Gardeners World, Desi DNA, See Hear, BBC Sport, as well as many one off documentary films and series, many in the arts genres and of course the obligatory ‘Reality TV’ shows, including the BBC 2, 6 part series 'Philippe Starks Design for Life’, shot in Paris over the course of three months.

I’m passionate about sport and was greatly inspired to film the following :

Even more of a passion than sport, music and dance have always featured in my life, inside and outside work and I had a lot of fun filming the following :

Camera Work has always involved sit down interviews and I have had the opportunity to light and shoot many 'talking heads' from the arts, sports, fashion and political worlds.

Reading like a bit of a rogues gallery at times, there have definitely been some highlights, starting with three personal favorites :

‘Always a pleasure to work with’

‘I learnt a lot about camerawork from editing Phil’s footage’